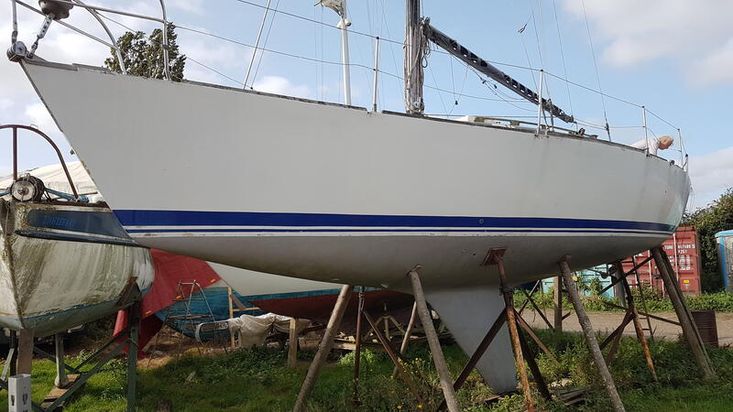 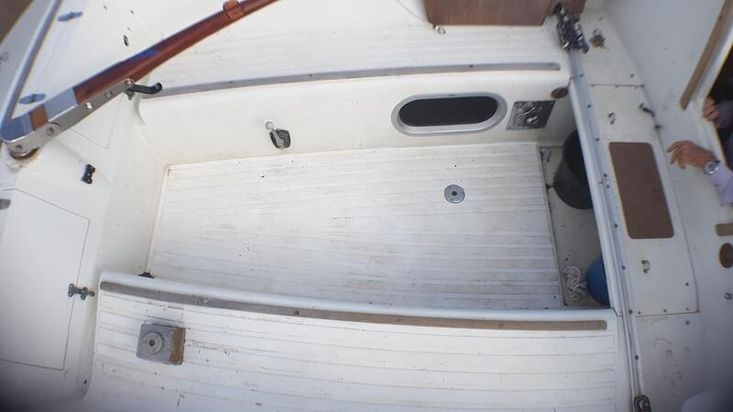 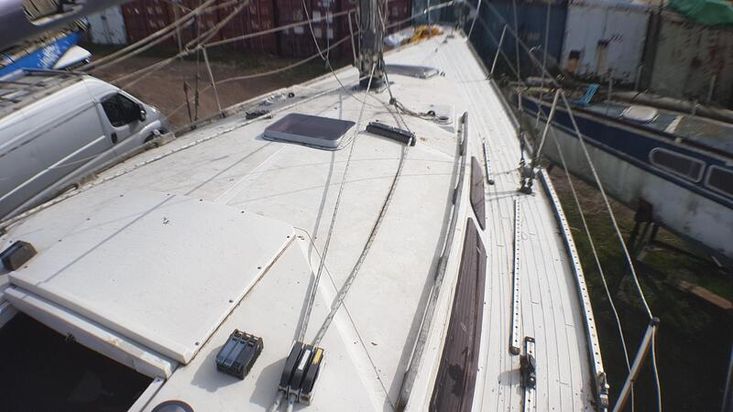 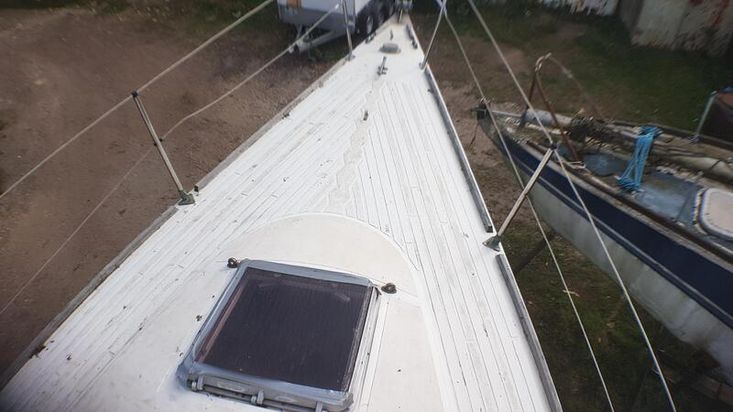 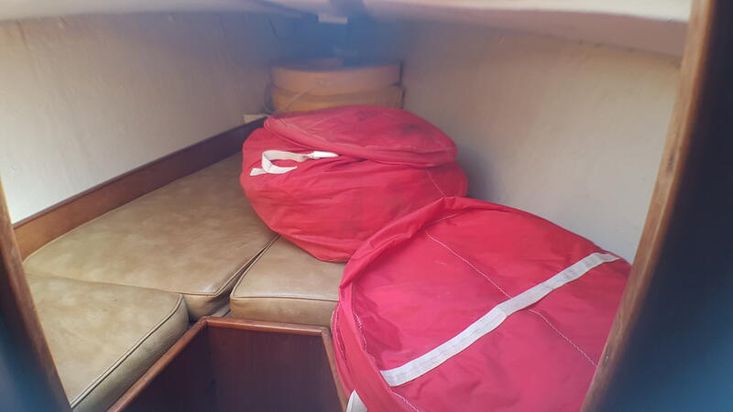 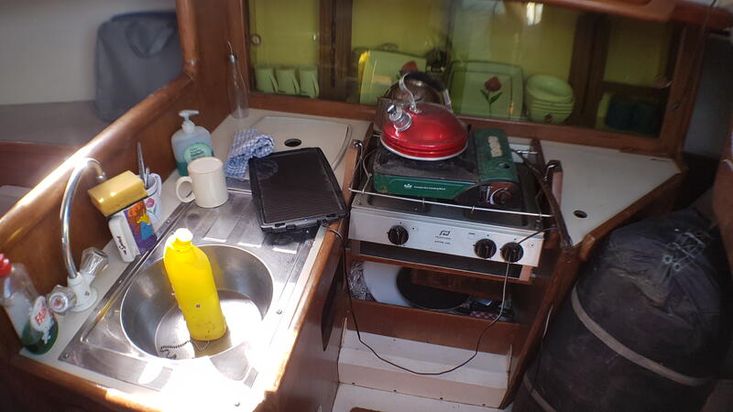 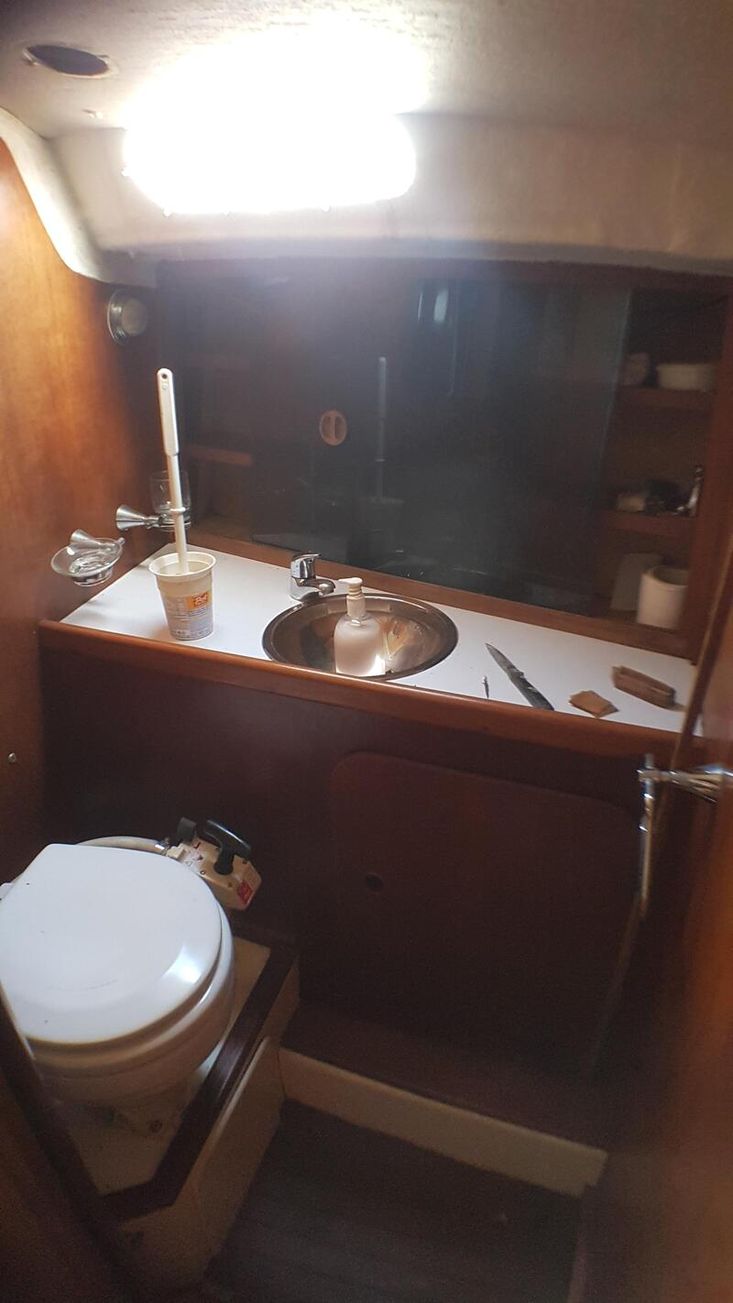 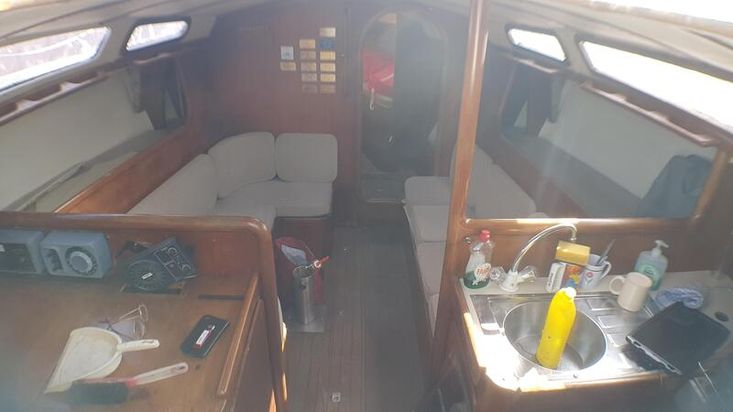 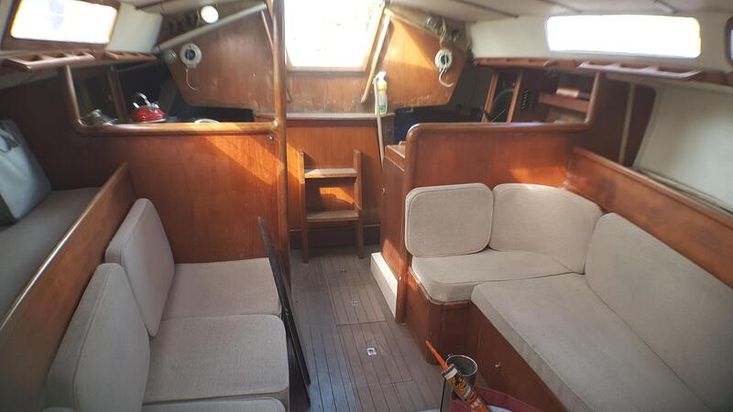 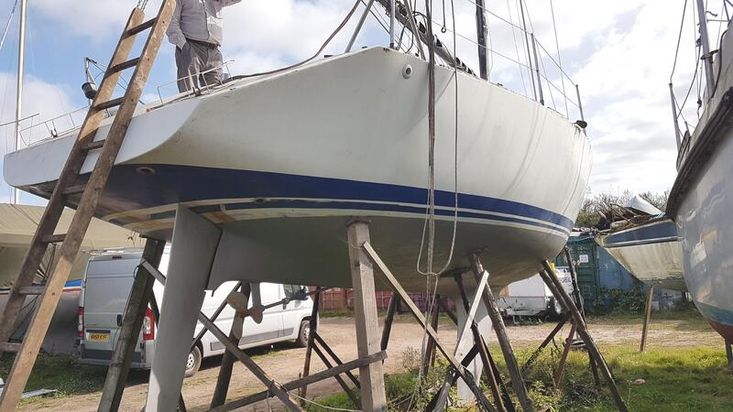 Description:
Design No. 51 (Farr 1104) represents Bruce Farr's first commission for a full blown IOR race boat. The first boat launched to the design - PROSPECT OF PONSONBY - although built with a cruising interior, immediately won the Southern Cross trials, and became the top scoring boat in the 1975 South Cross Cup. PROSPECT's success was followed by JIMINY CRICKET, a true race version, which swept away with the New Zealand Dunhill Series in 1976, 2nd in the 1976 New Zealand One Ton Cup Championships, and 5th place in the 1976 World One Ton Championships. Fibreglass production of cruiser/racer versions was established in New Zealand and Australia in the form of the FARR 1104. Many of these boats are enjoying racing success still in today's competitive IOR fleets. Rule changes in 1978 have affected these boats more than any other design. Some boats get relief through the Mk IIIA allowance by being produced from moulds built before 1976. Others rate approximately 29 ft under present IOR Rule. Design No. 51 also represents the final stage in the development of the safe, efficient, easily handled fractional rig without running backstays which is now a feature of most of Farr's modern fast cruising yachts, and which has been successfully copied by many other cruising and One Design Racing boats. This design also proved to the world that Farr had developed a new style of ocean racing yacht that exhibited superior all round speed and significantly better handling characteristics than any previous boat. The success of these boats spawned many others including SWEET OKOLE - winner 1977 SORC, 1981 Transpac; 45 DEGREES SOUTH II 1st 1976 New Zealand One Ton Championship (under the name of THE NUMBER) - 4th 1976 World One Ton Championships; and PICCOLO - winner 1976 Sydney to Hobart Classic.

Miscellaneous:
Viewings are by appointment only. For an instant insurance quote call Euromarine Insurance Services on 01843 603345

Disclaimer:
The particulars detailed herein are intended to give a fair description of the vessel, but their accuracy cannot be guaranteed. These particulars are supplied on the understanding that all negotiations shall be through Highway Marine Ltd who are acting as brokers for the vendor. The vendor is not selling in the course of a business unless otherwise stated. The prospective purchaser is strongly recommended to check the particulars, and where appropriate, at his own expense, to employ qualified independent agents to carry out a survey, and/or any mechanical and electrical checks.