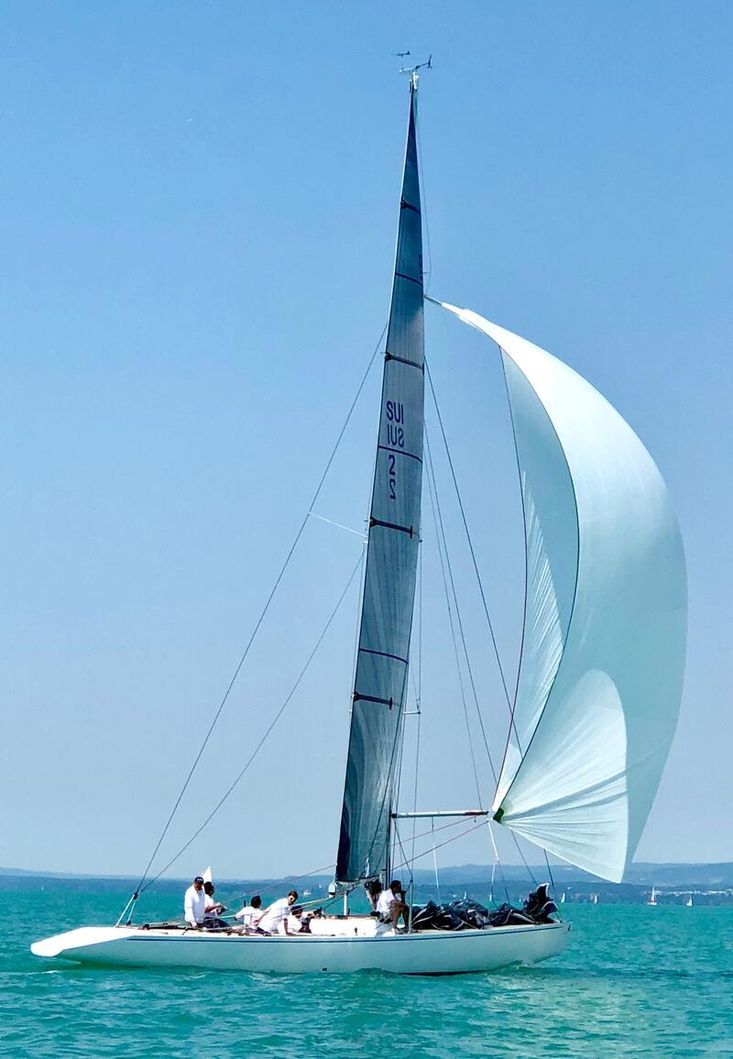 Yquem II is currently the fastest 8 Metre on the planet having won the last World Championships in Cowes in 2019. She has a proud and very impressive race record with numerous World Championship wins over the past 19 Years.

Designed by Jacques Fauroux and built in 2002 by Chantier Naval Caparros in Antibes, France, she was originally commissioned as Fleurs De Lys and won the World Championships in her first year in Helsinki.

Renamed Yquem II in 2008, her current owner has continued race tuning and upgrading this very impressive and successful 8 Metre. This has included deigning and constructing a rudder in 2018/19, aluminium mast (tube) in 2013 and working with Europ and North Sails to put together a very extensive sail wardrobe. Most recent work to be completed was a complete repaint of the hull, deck and underwater profiling.

Yquem II is a very special 8 Metre and is race ready for the 2022 season.